The composer of contemporary music Robert is working on a setting of the poem “The Four World Ages” by the Roman poet Publius Ovidius Naso. While he is still reflecting the content of the work in his relationship with Dana, she becomes the tragic victim of a murder …

The TAOI ensemble plays improvised music between the passages of the short crime thriller, which is strongly reduced in terms of text.

The focus of the concert series “The Art of Improvisation” is on chamber music concert performances that deal with the interplay of sound and location. The focus is on the improvisation of e-musical cross-genre sound art. 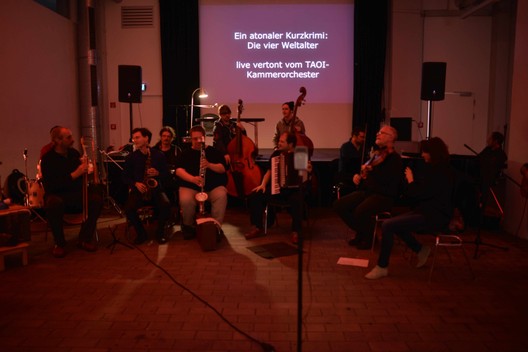